Fill out the form below

We will get in touch with you as soon as we can.

Fill out the form below

We will get in touch with you as soon as we can.

Locked in Cells of Silence

He’s come forward after learning that there actually

is a voice for the victims in this matter.

who have alleged being sexually abused

as children by a mentor who was part of a

at an inner-city elementary school in Chicago.

The tragic reality is all too often victims of sexual abuse remain silent about the horrors they have endured. Many live their entire lives in silence. Studies have found that approximately sixty-three percent of adult sexual assaults and eighty-eight percent of child sexual abuse is never reported.

Why do so many victims remain silent? In over twenty-five years of confronting this evil, I have learned that there are many reasons that silence takes over the life of survivors. Like everyone else, abuse survivors are individuals with a unique life story and their own reasons for not telling anyone about the abuse. During the past twenty-five years, I have grieved as I have listened to some of the darkest chapters in the life stories of many amazing abuse survivors. Oftentimes, the gloomiest chapter is the silence.

A silence that holds victims hostage with little hope for release.

A silence that deceives victims day after day that they suffer alone.

A silence that extinguishes all remaining hopes and dreams.

A silence that is no different than a prison cell.

Though the reasons for silence may differ with each survivor, there are two that I have encountered time and time again when listening to survivors. I share them hoping that a greater understanding and empathy will propel us to do whatever we can to help survivors escape the cell of silence.

I cannot recount how often abuse survivors have shared with me that their silence was fueled by an incapacitating fear of not being believed. So often this fear is legitimized when survivors see how other victims are disbelieved and marginalized when they take the brave step forward out of their cell of silence. Case in point, how many women had to come forward before many people even began to acknowledge that Bill Cosby is a rapist? To date, almost 50 victims have stepped forward and there are still some that disbelieve their claims and have the audacity to label these courageous women as “opportunistic”. Please don’t think that the refusal to believe a sexual abuse victim is rare in 2021. Tragically, it happens every day to so many brave victims, old and young, who take a step out of their cell of silence. Oftentimes, these survivors are disbelieved by the very people they had hoped would believe and support them such as family members, friends, pastors, church members, teachers, and even police officers. The list goes on and on. Disbelief pushes many survivors back into their cells of silence. Disbelief also alerts other watching victims who are considering ending their silence that it may be safer to suffer in silence. What a tragedy.

On a brighter note, it is often when multiple voices speak out that others are empowered to step out from their cell of silence with a hope that they will finally be believed. That was the hope shared by the victims of Bill Cosby as well as the survivors who stepped forward to end their silence about the atrocities committed by the former USA Gymnastics national team doctor, Larry Nassar. It is also the hope of so many of my clients who make the bold decision to step forward and take those responsible for their abuse to court.

I’ll never forget the day I was sitting with a group of adult child sexual abuse survivors talking about why they had remained silent for so long, when one of the men who had been victimized by a priest spoke up with tears streaming down his face and said, “It was the shame of it all; shame is what kept me silent.” Shame is an especially vicious weapon when wielded to silence victims within faith communities. Offenders distort faith teachings in order to convince their victims that they are at least partially responsible for the heinous acts perpetrated against them. Faith based shame keeps untold numbers of abuse survivors locked in cells of silence convinced that they are worthless in the eyes of God and everyone else. My friend, Mike Reagan, recounts that when his perpetrator showed him a nude photo he had taken of eight-year old Michael weeks earlier, the door of his own cell of silence was slammed shut for decades. Mike recounts, “I will never forget that photograph, because it changed my life, I knew I had to get away from my mother. I had to get away from God. I thought God had abandoned me, and I knew then I was going to hell.”

Perpetrators are not the only ones who shame victims. Anyone who ignores, disbelieves, or even minimizes the voices of survivors must take responsibility for shaming these brave souls into dark and desolate cells of silence. A shame that still brings tears to the eyes of my friend decades after being raped by a priest and told that it was all part of “God’s plan”. A shame that keeps so many precious survivors locked away in silence. The truth about shame is that victims who get shamed have nothing to be ashamed of, and that those who shame have everything to be ashamed of. Sadly, this truth so seldom reaches those who most need to hear it.

It is my prayer that as we stop tolerating disbelief and shame, abuse survivors will be empowered to break out of their cells of silence with their heads held high, finally realizing that they are worthy in the eyes of God and everyone else who matters.

Please feel free to contact me if you are an abuse survivor who is thinking of taking stepping out of your cell of silence to bring truth to light by taking those responsible for traumatizing and silencing you to court.

Boz Tchividjian is an attorney at BozLaw PA who represents sexual abuse survivors throughout the country.

A version of this article was originally published for the Religion News Service (RNS). Used with permission. 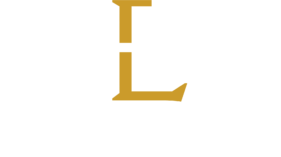